Dear compatriots living outside of Russia! Raise your voices to defend the memory of your ancestors, at rest in the Mitrofanievsky Cemetery! 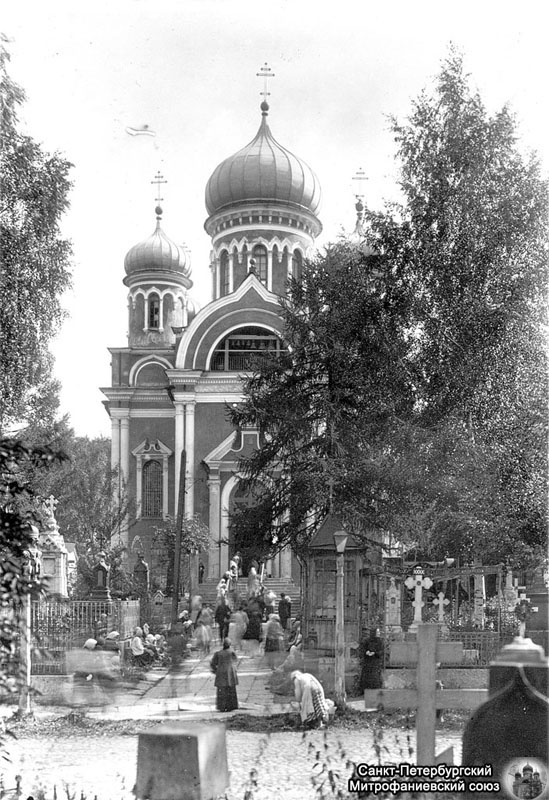 These days perhaps only the older residents of St. Petersburg remember where Mitrofanievsky Cemetery, one of the largest Orthodox cemeteries of the city, had at one time been located. Now the wide swath of land between the Baltic and Warsaw rail lines, where hundreds of thousands of Peterburgians found their final resting place, and where once towered three beautiful churches, is occupied by garages, storehouses and dumps.

Mitrofanievsky Cemetery was founded by 1831. It was initially the place of interment for cholera victims, but eventually it became a regular municipal cemetery. In 1830-1837 a stone church in honor of Holy Hierarch Mitrofan of Voronezh was built in the Russo-Byzantine style according to plans conceived by K. A. Thon. It was from this church that the cemetery took its name. By 1917 three Orthodox churches were open for worship here: St. Mitrofan’s, the All-Merciful Savior’s, and the Church of the Decent of the Holy Spirit and the Seven Youths of Ephesus (donated by A. L. Kekin in memory of his son). In addition to churches, the cemetery housed a good number of crypts and chapels; near the walls of one of these rested the body of the elder and pilgrim, Alexander Mikhailovich Krainev (1818-1889), once known not only in Petersburg, but also in other parts of Russia. The reverence paid to him among the people was great and perhaps was comparable to that afforded Blessed Xenia.

Mitrofanievsky Cemetery was the final resting place of Admiral V. M. Golovnin and his son, Minister of National Education; the military historian, General N. S. Golitsyn ; hero of the Crimean War, General P. P. Liprandi; member of the Russian Academy of Sciences, writer and senator, P. I. Sumarokov; world-famous pianist, M. Szymanovska; architect, P. M. Lvov; philologist, linguist, and academician, A. M. Sjogren; novelist, A. K. Mikhailov-Sheller; literator, L. A. Mei; physician and founder of experimental oncology, M. A. Novinsky; architect and academician, A. A. Yurkevich; Warrant Officer P. A. Bestuzhev, brother of the Decembrists; historian and writer of everyday life in old Petersburg, M. I. Pyliaev; along with many other figures in science and the arts; the Durdin family industrialists; merchants and philanthropists, Zhukov, Kekin, and Ushakov, the crème of the merchant class; many heroes of WW I and other famous military leaders; priests, including some martyred by the Bolsheviks (among whom was Fr. Alexander Kaminsky, †1918, rector of St. Mitrofan’s Cathedral). On 7/20 August, the day of the cathedral’s altar feast, up to a hundred thousand relatives would formerly assemble to commemorate their dead. 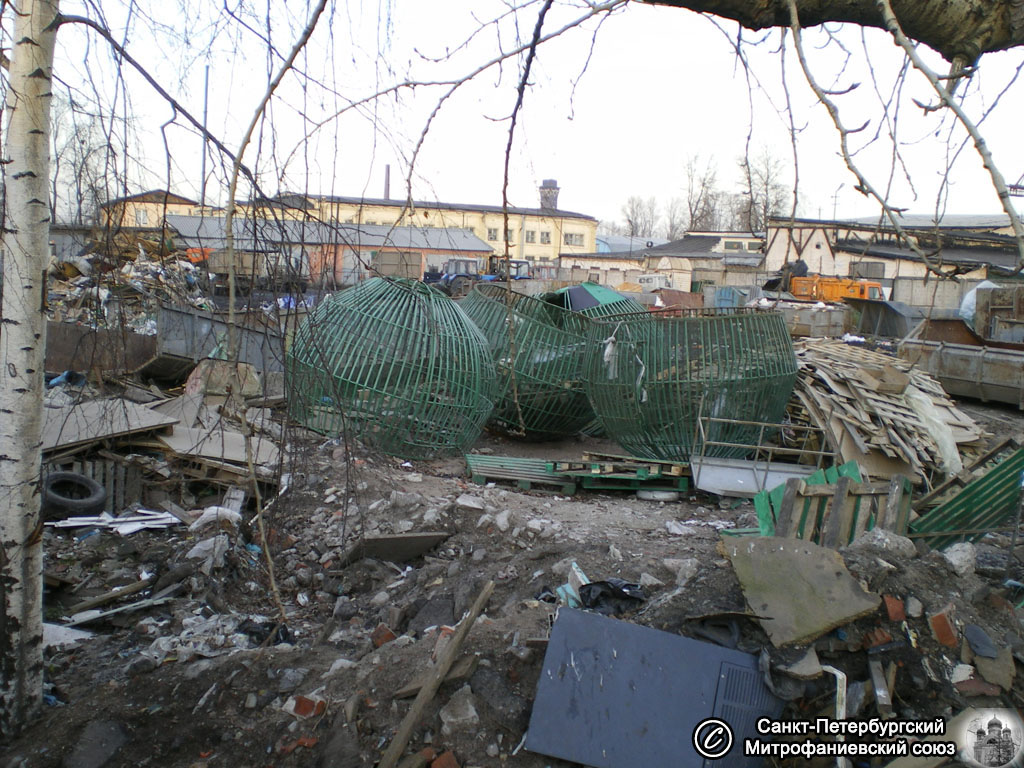 In 1927 the authorities adopted the decision to “close down Mitrofanievsky Cemetery immediately”. Within two years, all the cemetery churches were closed and torn down, and Alexander Krainev’s chapel was destroyed. However, we do know that mass burials took place here during the blockade in 1941-1944. Nevertheless, in the 1940-1960s all the grave markers of this historic necropolis were gradually destroyed, so that now there is nothing on the territory of the former Mitrofanievsky Cemetery to recall its sacred character. And yet today a new attack on Peterburgians is under preparation, the newest in a series of tactless acts toward the living, and sacrilege toward those dead and buried in the cemetery: the government of St. Petersburg plans to put up for sale 50 hectares of land, occupied by the Mitrofanievsky Orthodox, the Finnish Lutheran and Gromovsky Old-believer’s Cemeteries (located adjacent and also destroyed during the years of militant atheism), along with neighboring territory for eventual construction of offices and housing. It would seem that the crimes committed by the Godless Communists had been condemned in Russia, but where now are the fruits of repentance?

It is vital that the widest possible public outcry stop this process of destruction and preserve this sacred relic, maintaining the repose of the some 400,000 people buried at the Mitrofanievsky Cemetery. Letters, inquiries, information conveyed by mass media from Russian people, both those living in Russia and those abroad, and from citizens of other nations addressed to the highest levels of the Russian and St. Petersburg governments, along with broad-based publicity and public opinion, will make construction on this significant necropolis impossible, and will preserve it as an historical monument and a natural landscape preserve.

Voices of protest from the US, where many Russian émigrés and their children have made their home, will undoubtedly serve as an important tool to stop this self-willed act of immoral bureaucrats. It is quite possible that your ancestors are at rest there, dear readers, even if your family has not been able to preserve records of this.

More detailed accounts about the history of the Mitrofanievsky Orthodox and the neighboring Finnish Lutheran, Tentelevsky and Gromovsky Old-believers Cemeteries, the names of famous Peterburgians laid to rest there, and contact information can be found at http://spb-mitrofan-society.org in russian.